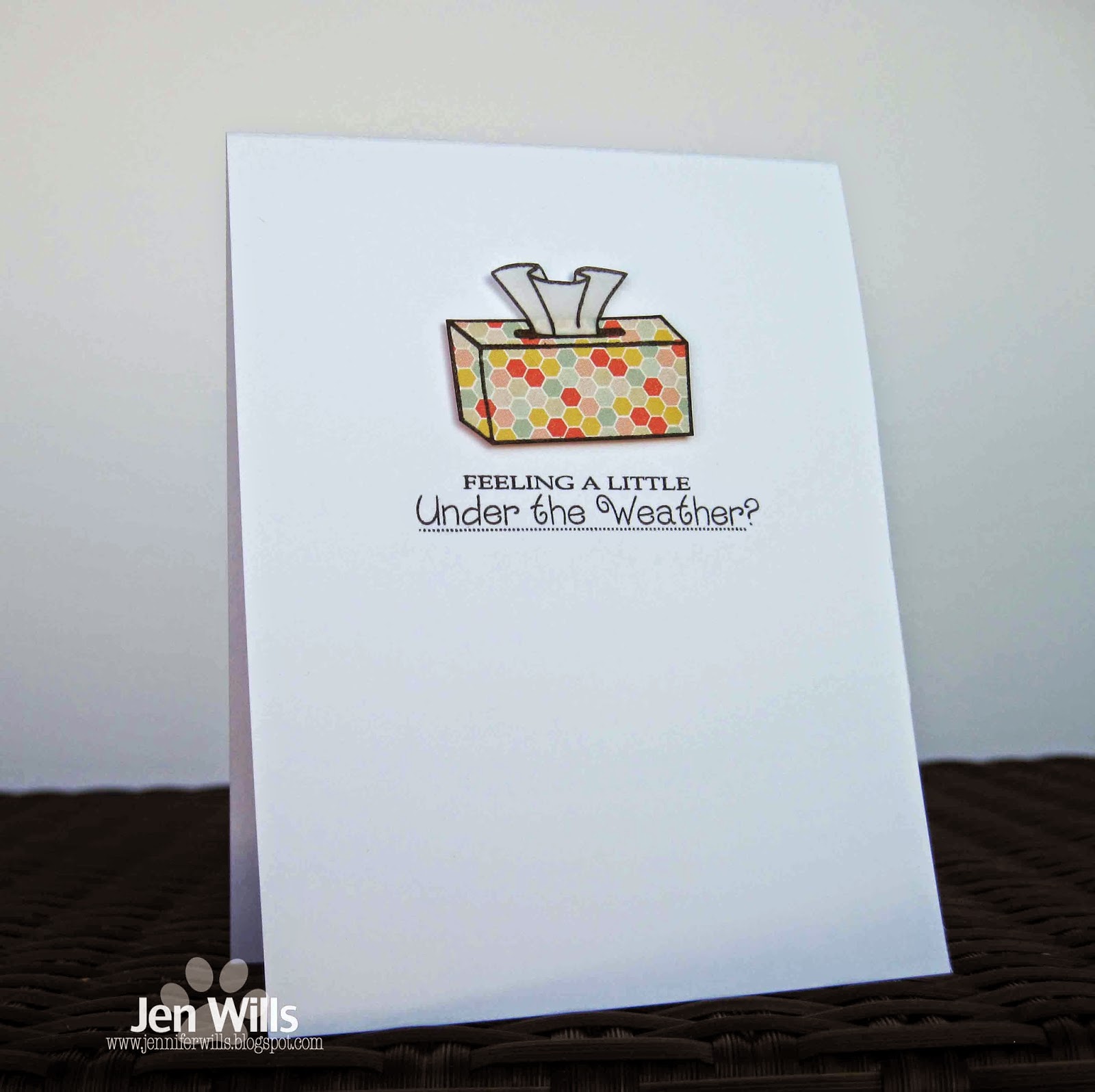 Welcome to Week 111 of CASology!  Take a look at the cue word for this week: 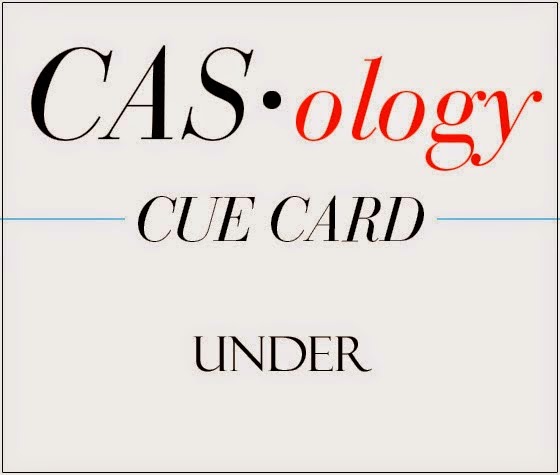 Lots of ideas came to mind for this week's cue word.  A few songs - Under the Sea, Under the Boardwalk, Under the Bridge, Land Down Under.  A few words - underwear, undertaker, underground, underline, underwrite.  However, it wasn't until I spotted a stack of tissue boxes in the cupboard that the idea for my card popped into my head.  I also managed to make it a triple under card - I used the word under in the sentiment, the sentiment is under the image and part of the sentiment is underlined!  Whoop whoop! And now it's your turn.  Check out the fabulous designs from the design team and then play along!

And this week's guest designers:

Link your creations to the CASology blog and remember that the deadline for entries is Monday at noon (CST).

This is sweet- love the pop of colour! As for the rest, as an ex-insurance employee, I can't wait to see the underwriter card! lol!

Your list of ideas is totally inspiring! Wish I had thought of a few of them! Sweet card!

This cue word is definitely open to a variety of interpretations! Have to see if my CASology mojo is still around somewhere. This is a perfect way to inspire!

Love with the sweet little tissue box. Great take on the cue.

very very clever getting all of those "unders" in. Cute cute card!

This is adorable, Jen, and look at you go with a triple!! That's going to be hard to top! Hugs, Darnell

FAVE, FAVE, FAVE, adore THIS!!! My boy goes through tossues like noone else.... so I MUST have this set!!! Kudos, so FUN!

Why does visiting your blog always end with shopping! LOL I love your paper pieced tissue box Jen!

Wow--a triple under. This card is so simple and sweet, and yet it is a triple play. Great job, and love the paper piecing.

Wow I never thought of anything and it wasn't until I was making a card for a class that I found my "under" stamp.Love the kleenex box.

It sounds like we need to come to YOU when we are stumped for ideas each week, Jen! You're full of them!!! What a great list! :)
Your decorative tissue box is so sweet and I love how you managed to nail 3 interpretations in one design! You go, girl!!! :)

This is a fabulous take on the cue Jen! and is that some patterned paper that I spy (I've seriously decided to start using instead of hoarding mine lol) ps just doing a little catching up now my visitors are gone and your cards are wonderful as always!

The tissue and sentiment say it all - its getting a hug from a friend. The DP is perfect!

Yep, perfection, just as I expected!

Love this fun tissue box...what a sweet way to cheer someone who is feeling under the weather. And THREE "unders" in one card! Go, girl!

Way to go, this card is awesomely UNDER! Love the paper pieced kleenex box and great sentiment!!

Oh my!! This is a fabulous take on the cue UNDER, Jen! You are such an inspiration! May

Clever Jen...I like your idea 3 UNDER THINGS on a card...cute tisue box and cute color too ..great idea and great design Jen..I always love looking at your CASOLOGY card..always clever idea come to you...and may I ask you which stamp company is this tissue box..LUV this card...

I was thinking some song too but I come out with a christmas card and it is not so nice I think cause it is so blast not much color...would you mind to see it on my Blog dear Jen..big hugs..Monika