Fighting the Lack of Mojo 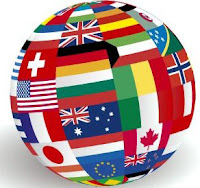 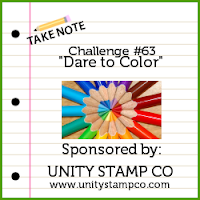 I had expected to be posting an entry for this week's CAS-ual Fridays challenge tonight. However, try as I might, I could not get the really cool idea in my head to translate on to paper.  It was SO frustrating!!  I've noticed a lot of people saying their mojo has gone AWOL lately and I think that mine has joined the deserters too.  Everything I tried felt like an epic fail.  I really hate those days...  However, I was determined to come out of the Craft Cave with something at least slightly respectable so I turned my energies to this week's Less Is More challenge to use the colours of your nation's flag.  Since Bermuda's flag is pretty colourful I decided to also enter my card in the latest Wee Memories challenge - to use no less than 4 colours on your card.

So here's the Bermuda flag.  We've got the old flag favourite colours of red, white and blue (we are a British territory after all!) and also some green, yellow, sky blue, beige and brown. Quite a selection!  The picture in the crest depicts the ship Sea Venture running aground on Bermuda's treacherous reefs.  The Sea Venture was on it's way to Jamestown, VA to provide relief to the struggling colony.  Instead, they got caught up in a hurricane and ended up in Bermuda.  Eventually they build 2 new ships and some people carried on to VA while others became the island's first settlers.  But enough of the history lesson - onto the card!
With all those colours I wanted to keep things fairly simple so I found this harlequin stripe stamp in All You Need (Unity's August 2010 KOM).  I stamped it in VersaMark on each coloured paper and fussy cut it.  I used the Tea Dye ink on the sentiment and matted the banner on chocolate paper to bring in the beige and brown.  It's hard to go wrong on a card with a rainbow element and finishing this made me feel slightly less useless than I had earlier in the day!  Tomorrow is my long day at work so no carding.  Maybe the break will give my mojo time to find it's way home!
Posted by Jen W. at 11:24 PM

This looks great! I love the different colors all lined up on the card. Great job! Thanks for playing with us at Wee Memories!

You might think your mojo is missing but it sure looks like it was lurking in the corner with this card. What an awesome interpretation. Love the bold bright patterns and how you've placed the sentiment!

What a creative take on the LIM challenge. Wonderful, bright and cheery. TFS
Cheers, Karen
alteredscrapbooking.blogspot.com

i was compelled by the many colors to click over and find out which flag this represented - stunning card!

What a rad card!! Love those geometric lines of colour, it's perfect! Doesn't look like any loss of mojo from here.

A fabulous clean and simple design. I really like the harlequin patterns in the colours of your flag! Great to have so many colours to play with :) Fab!

Hey I love your post and your card.It's good to know a little of the history behind these flags.
Love those colourful harlequins too :)
I think if you have a break your mojo deserts you....it must have something to to with all these summer breaks and in my case the kids at home!
Jenny x

Super!! I love this colourful simple card. I would say your mojo is back? :)

I would say this is just a fabulous card

This is such a nice LIM card! Well done!
Greetings,
Charlotte

A super bright & cheerful card (and thanks for sharing your flag and the story behind it). xx

Super fun & funky! Looks like it may have taken some precision & patience! Hugs xxaxx

I love this card, it's so colourful but still CAS I think. Thank you for sharing the history of the flag, I love the colours x

Love all your colours and the design you've chosen. Enjoyed the little history lesson, this has been a great week for learning new things! x

Brilliant card!
I love the design and thanks for showing your flag too!
I simply love it!
Hope yo see you next week.
Chrissie
Lady LIM
"Less us More"

Gorgeous CAS card!! I love the harlequin pattern and how you did it in rainbow colors!! Thanks for playing along with Wee Memories!

Love the diamond pattern and of course I adore the rainbow!

Fantastic card
Whilst there isn't too much white space, its superb
Perfect for us
Thank you so much
Mandi
Diva LIM
"Less is More"

Very striking and thanks for the info on Bermuda's flag.

Oh, I am in love! This card is too perfect!!! The way you used that Unity stamp was brilliant (I was trying to figure out how you got the harlequin shapes). So fun!!Hope your mojo returns (it doesn't look like it ever left, though!).

I LOVE the history lesson...didn't know that about Bermuda:)!! Your card is AMAZING...love it!! What a cool design, love the colors, and your placement of your sentiment...perfect...so very nice:)!!

It doesn't look as if there's anything wrong with your mojo Jen - I love this card! It was a great idea to cut out your harlequin stripes and the sentiment is perfect off centre over the top. Thanks for the bit of history too - it's been really interesting hearing about different flags.

Gorgeous CAS card. I can't decide, wether you're lucky to have so many colours in your national flag or not ;)

How beautiful, and how wonderful to live in such a gorgeous place! One day I'll go there.... one day....
Rosey x

WOW ... If this is your creative level when the mojo is missing ......
Love your card, very clever and very CAS.
TFS
Carole

I love this design, great card

Jen this is fantastic...you really think your mojo has vanished? I mean this is so fun and great design! Thanks for the refresher on the history lesson! Love it!

i love what you did with that stamp - what an awesome design you made!!

What a fabulous creation!
Thanks so much for playing at Wee Memories.

This is incredible, Jen! I love how you used the harlequin pattern. I'm not a fan of it but now I'm thinking of other ways to use it thanks to you! And I hardly think your mojo is missing.

Love this card, Jen ! I hope you don't mind but I featured it on papermood.com today ! Let me know if that's ok, X Fab