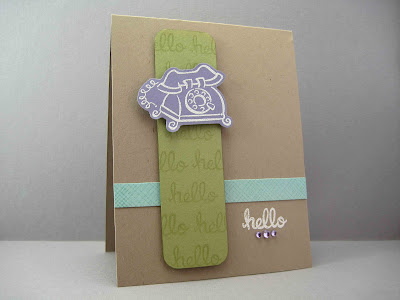 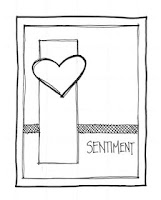 I haven't played along with the Lawnscaping Challenge in a while and promised myself I'd tackle their latest.  And, of course, it turned out to be a sketch challenge.  *Sigh*  They really want to challenge me don't they?  I had to keep my promise though and to help myself out I used the colours from The Paper Players (another challenge I've been neglecting).  I used stamps from my trusty Just A Note set.  (It's one of two LF image sets that I have.  All the rest are sentiment sets.  Must invest in some new LF stamps... )


Actually, I shouldn't have to invest in much of anything anytime soon after this week's bounty.  I have been a very lucky girl as it's been like Christmas at the post office!  Lots of goodies and wonderful cards: 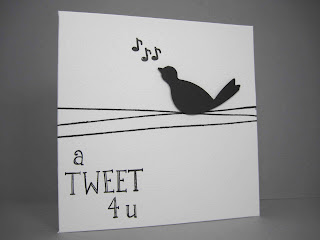 My good friend Jenny from Crafting in the Country sent me the most awesome word bubble dies!  She also included a selection of die cut shapes for me to play with and, of course, there was a fabulous card.  :)  I love bird images and even though I have plenty of Lawn Fawn alphabet sets I still want the one Jenny used here! 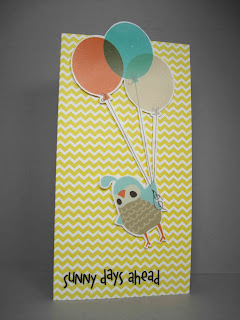 Another adorable birdie and a rockin' chevron card!  I was lucky enough to win a whopper of a prize at Flashback Friday recently.  The challenge is the brainchild of the fabulous Amy Tsuruta and as well as the bounty of goodies I also get to be the latest guest designer - so get over there and check it out if you haven't already! 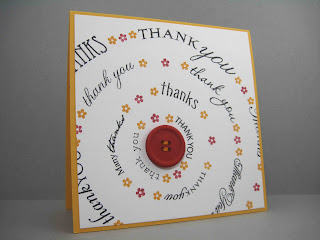 I also won goodies from Vanessa Menhorn as part of a recent Paper Crafts blog hop and they turned up as well.  How fun is this spiral card?  And I love the bold, yellow cardstock. 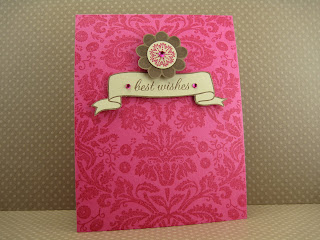 And last but not least, this is actually a card I made that was published in the February issue of Cards.  Because it used a Hero Arts background stamp I got a publication incentive from them and those free stamps also arrived this week!


Given all of that I probably won't win anything else for another year or so but I'll have plenty to work with in the meantime!

Nothing like some happy mail to brighten one's day! And combined with some beautiful cards, too.
Then there are your cards, which are also mighty fine. I love how you repeated the hello sentiment on the popped-up panel on your challenge card. And congrats on getting that beautiful damask card published -- with an incentive, to boot!

So many fabulous cards, and happy mail, too. I am smiling that we both used a telephone today, too.

So cool! Can't wait to see all the goodies you make with your winnings:)

You are a lucky girl! It's so awesome to win new things...I love your card...the colors are gorgeous and you rocked the sketch!

Congrats on your bounty, I look forward to seeing the creations! I'm sure you will be able to find something else that you *need*... I know I always do. Great take on the sketch too, they are definitely not my strong point, but I'm with you, it's good to embrace the challenge!

Girl you hit the crafty jackpot! Love all your RAKs...your pub'd card is gorgeous!!!!! Hello...your hello card is adorable!

Awww, I am so glad you played along with us, despite the challenging challenge. I love your card! Love the purple phone and the bling! Super cute and thrilled you joined us. Did you see we have new badges? Head on over to the blog and check them out! You can replace your Mow It All badge if you want to!!!

Wow! You are keeping the post office really busy! Congrats on everything and have FUN!

Happy crafty mail? You so deserve it :) Winning so much all at once feels a little like the lotto!
I love the sweet colours on the LF card (sketch? shudder!) and how you stamped the 'hello' on the green panel :)

Lucky girl, indeed! the old cave must be poppin' at the seams -ha. You deserve it, Jen because you bring so much joy and sunshine to us all. What total fun! I love this phone card, too. Your graphic style shines right here once again - sweeeeeet!

What great cards. Thanks for playing with The Paper Players.

I'm thrilled to bits for you Jen - enjoy your bounty!

Yay, congrats on all your yummy prizes!!! Woo hoo. Can't wait to see what you create with it all. And congrats on your pub too!

What amazing cards! LOVE the thank you card that swirls from a button! Amazing!!! :)

Wowzers, that's quite a haul !!!
Hope you're not like me.... My mojo slips out the door when I have too much to play with!!!
Cute card, I never think to use the sentiments as bkgd stamps such a cool idea :0)
Looking forward to seeing speech bubbles everywhere now :0)
Jenny x

Wow, you have hit the jackpot! Such fun stuff to play with...and of course, your PP card is fun too! Thanks so much for playing with us at the Paper Players this week!

Your card is too cute!

WOW!! Way to go Jen!! Well deserved, all of it. :)
Your lawnscaping card is fabulous!
I love that sentiment background panel you created.

Your card is so beautiful and soft, and it is downright amazing!

i promise your other parcel of goodies from new zealand will be resent this week coming :( they should have been there by now! xx